If you’re a retailer, Amazon is probably on your mind 24/7. The e-commerce giant has increasingly been stealing market share from traditional retailers, and there’s been a lot of rhetoric about the so-called “retail apocalypse” in recent years. But before you start to panic, we have some positive news to share.

While retailers who refuse to align with new consumer behaviors are struggling, those retailers who eagerly incorporate digital technology and understand new consumer preferences are excelling. To this end, there are three key ways retailers can transform their stores to compete with Amazon in the digital age.

Retailers are seeing major success by experimenting with new store concepts to increase foot traffic. For example, American Eagle debuted a new concept store dubbed AE Studio in November 2017, which offers many innovative and interactive features. From providing in-store garment and jean personalization, to an on-site social media team, to free laundry machines available for consumers to use while shopping, American Eagle has made AE Studio a true “destination” for consumers, not just a store.

With American Eagle reporting its 14th consecutive quarter of same-store sales growth last week, it’s safe to say that the retailer has effectively made the transition into the digital age. It is adapting to change and playing to its strengths, merging online with offline strategies.

For example, American Eagle’s Aerie brand produced a 30% sales gain last quarter from online business — and the company has plans to capitalize on Aerie’s success by increasing its number of physical locations as well, with 50 to 80 store openings planned for next year.

Creating a seamless in-store experience is crucial for brands to compete with Amazon, both on speed and ease of shopping. Only those retailers that are able to understand new consumer expectations and cater to them will be able to survive.

Target, for example, has done a fantastic job of improving the in-store shopping experience. The company rolled out a number of new technologies to improve the customer experience, such as improved self-checkout and  major upgrades to its network infrastructure that more than doubled Wi-Fi bandwidth to its stores.

Target is successfully catering to new consumer expectations through a mix of other strategies as well. From remodeling stores, to cutting prices, to opening more smaller-format stores on college campuses, to focusing on fresh groceries to drive traffic, Target has deftly adapted to new consumer preferences.

These changes had a major effect on the bottom line for Target. Last week, the company reported its best quarterly comparable sales in 13 years, and customer visits to stores picked up to their fastest pace in 10 years.

3. Use Data to Drive Foot Traffic

Another major reason certain brick-and-mortar stores are reporting strong earnings is that they are using data to drive foot traffic. No longer can the offline world exist in a vacuum — to compete with Amazon, traditional retailers must use online data to inform their offline strategies. For example, Walmart has effectively done this by acquiring e-commerce brand Jet.com, putting itself in direct competition with Amazon. By acquiring Jet, Walmart gained access to a plethora of online insights about its consumers that it can use to inform decisions about user experience in physical stores, such as consumer pain points and preferences.

Many of these user experience improvements have come in the form of new technology implementation. From enlisting robots to restock shelves to automating the process of unloading trucks and sorting inventory, Walmart has made a lot of in-store changes that improve the efficiency of their operations and user experience overall.

By creating effective in-store experiences and using data to continually improve them, brick-and-mortar retailers not only can compete with Amazon — they can reach unprecedented levels of success, themselves. 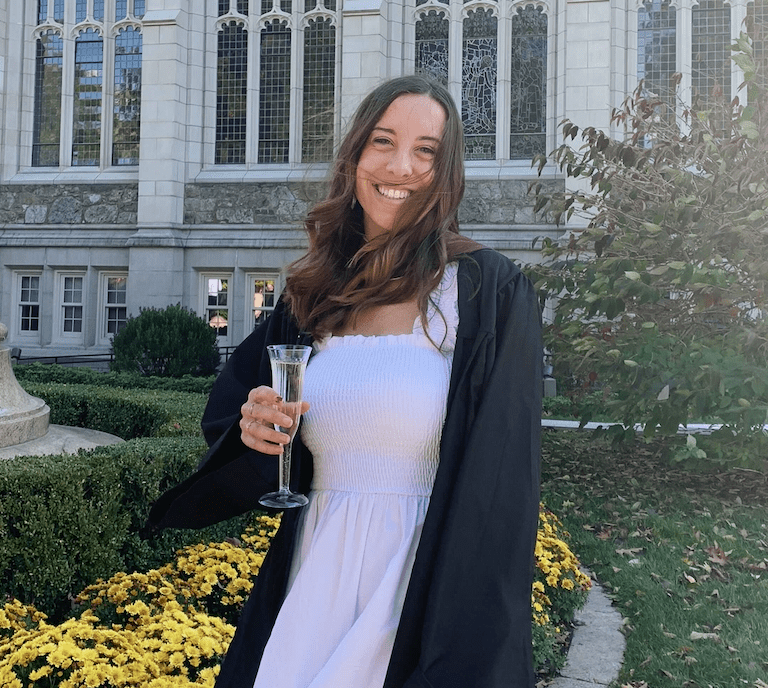 Anna is a graduate of Boston College, where she majored in Communication and Management & Leadership. She loves traveling, hiking, skiing, and is a huge foodie.